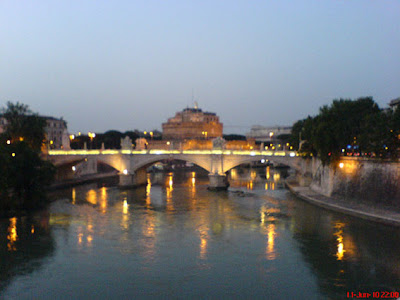 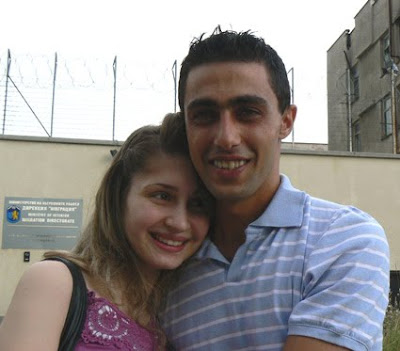 This is old news, but still worth reporting.
In my April 20 post Help Arevik: innocent, pregnant, imprisoned, I wrote about young Armenian woman Arevik Shmavonyan, who wished to reunite with her beloved (and father of her child) David in Bulgaria but was instead detained at Busmanci for overstaying her visa.
On July 22, Arevik was released (hattip Svetla Encheva). Svetla made and published in Facebook some beautiful photos, one of which I cropped and posted above.
I hope everything is all right with Arevik, David and their baby. According to my calculations, s/he must already have been born, but I cannot find any information about this.
Update: On Nov. 17, Arevik gave birth to a boy who will be named Erik. Thanks to Svetla for keeping us informed.
Posted by Maya M at 4:37 AM 1 comment:

Generally, a person has to choose two important things in his life: a profession and a partner.
With the exception of traditional cultures where parents arrange marriages of their children, we choose our partners freely when we are already conscious adults. This doesn't mean that we are always wise and successful in this task. We actually seem to be even less wise and successful than the parents in traditional cultures. Very often we make serious mistakes and trap ourselves in short-lived or unhappy marriages. But at least the decision has been only ours.
Things are different with profession - at least in poor countries. The decision to acquire one or another profession has to be made in the teen years, if not earlier. At this tender age, it is heavily influenced by parents and other family members. And if the young person later wants to change his profession, it comes at a terribly high cost, or is not possible at all.
The written and unwritten laws of society are based on the working hypothesis that parents wish the best for their children. Unfortunately, too often this is not the case. And even when parents try their best, they are likely to make their child unhappy. They burden him with their own fulfilled and unfulfilled desires and ambitions, while neglecting or even fighting his wishes, gifts and inclinations. Just to give an example, here at the Medical University every year we have a legion of children of doctors, dentists and pharmacists, and a considerable part of these students lack the abilities needed for the chosen profession and/or the true wish to practice it. Their parents have pushed them into the medical profession, as commanders push their soldiers into battle.
Because this phenomenon remains in the private sphere of our life, the enormous damages inflicted by it are not very visible and the problem is not discussed in public. But it is real. Happily, economic progress brings spontaneous improvement. I mean, in a prosperous society young people are more empowered and independent and less likely to let their lives be ruined this way. And they have a second chance because they can earn the resources needed to change profession, even if it means new university study. So a mistake made early in life, either by themselves or by their parents, does not mean being directed into a one-way tunnel.
An improvement of the educational system would also help. I am against too early specialization which deprives the student from knowledges and skills in many area. Education must be broad and multi-disciplinary until the end of secondary school. And if some schools issue diplomas that are not accepted by universities, their graduates must be given the chance to obtain the needed certificate by some sort of exam.
Meanwhile, I wish to quote a man unknown to me but apparently a wise and good father. Talking to his teenage son about the choice of profession, he said, "This is very important for you and I do not wish to interfere with your decision. But please keep in mind that whatever you choose, you are expected to be doing it for 40 years to come, so it must be a thing you like doing."
Posted by Maya M at 1:26 AM No comments: