One week after the official start of autumn, summer briefly returned. On the bright blue sky, the sun was warm like the smile of a loved one. I enjoyed the warmth and remembered a smile.
Posted by Maya M at 9:08 AM No comments:

Dad of the year

Below are copied parts of a report in today's Yahoo!News.

The body of a 10-month-old boy was recovered on Thursday and three other migrants, including two children, were still missing after their raft capsized as they crossed the Rio Grande in Texas, U.S. Border Patrol said.

The rubber raft flipped over on Wednesday night near Del Rio, Texas, and all nine of its occupants were swept away in the cold, fast-flowing water, according to the father of the dead child, U.S. Border Patrol said in a statement.

The father swam to safety. A Border Patrol agent jumped into the river and rescued his wife and 6-year-old son. The boy was given emergency care and then rushed to a hospital for advanced treatment. Another man and his son were found on the river bank.

The missing were believed to include the 7-year-old nephew of the dead child’s father, a girl and an adult male, according to the statement.

The baby’s body was found several miles downriver by a Border Patrol search and rescue team.

Drownings are common on the Rio Grande, which makes up part of the U.S.-Mexico border, as migrants try to cross on often overcrowded, makeshift rafts with no life jackets...

In the past seven months, Border Patrol has apprehended over 418,000 migrants on the southwest border, already surpassing the 2018 fiscal-year total. Most of those arrested were Central American families, many of them crossing the border in large groups that can number over 400 people.

U.S. Customs and Border Protection recorded 283 deaths on the border in 2018, ranging from heat-related fatalities to drownings... Migrant advocates say the death toll is far greater as many bodies are never recovered from deserts and the Rio Grande."

Nothing good can come out of emigration culture, i.e. regarding emigration to a more prosperous country as the default path to success, and those who stay and work in their homeland as failures. It drives people to emigrate at any cost, legally or not, and ultimately leads to deaths. At least, once this man's loved ones were in the cold turbulent waters of Rio Grande as a result of his poor decisions, he could try to bring them out, instead of swimming to safety himself and leaving their rescue to the Border Patrol. Moral: do not concent to a perilous journey if the man leading you is a coward and a loser. Of course, dragging one's family through deserts and rivers to cross a border illegally and earn detention is the sort of idea that comes exactly to losers, so wives should just say "no".
Posted by Maya M at 7:53 AM 1 comment:

From a March 6 report by Jon Gambrell, Associated Press, via Yahoo! News:

"A prominent human rights lawyer in Iran who defended protesters against the Islamic Republic's mandatory headscarves for women has been convicted and faces years in prison, an activist group said Wednesday.


The conviction of Nasrin Sotoudeh, who previously served three years in prison for her work, underlines the limits of challenging Iran's theocracy as it faces economic pressure exacerbated by the U.S. pulling out of Tehran's nuclear deal with world powers...

It shows "the insecurity the regime has to any peaceful challenge," said Hadi Ghaemi, the executive director of the New York-based Center for Human Rights in Iran, which reported Sotoudeh's conviction. "It knows a large segment of the country . are fed up with the hijab laws."

Sotoudeh, 55, was convicted in absentia after she refused to attend the trial before Tehran's Revolutionary Court as she was unable to select her own counsel, Ghaemi said. The Revolutionary Court conducts closed-door hearings over alleged threats to Iran's government.

The charges range from her membership in a human rights group to "encouraging corruption and prostitution." That suggests her detention in part relates to her defense of women who protested the mandatory hijab.

The Center for Human Rights in Iran relied on information about Sotoudeh's case provided by her husband Reza Khandan, who separately faces a six-year prison sentence over providing updates on her case on Facebook, Ghaemi said...

One of Sotoudeh's clients in the hijab protests received a 20-year prison sentence, showing the sensitivity authorities felt about the case...

The hijab and chador — the flowing, all-encompassing robe for women — have long been parts of Persian culture. They became political symbols in 1936, when Iran's pro-Western ruler Reza Shah Pahlavi banned the garments amid his efforts to rapidly modernize Iran. The ban became a source of humiliation for some pious Muslim women in the country.

As the 1979 Islamic Revolution took hold, Ayatollah Ruhollah Khomeini ordered female civil servants to wear the chador. At first, thousands of women protested the decision in Tehran and Khomeini later said officials should not insult women who chose not to wear it — though he also called the chador "the flag of the revolution."

The hijab and loose-fitting clothing later became mandatory for all women in Iran..."

On March 8, my sympathy to Ms. Sotoudeh and the suffering Iranian women.

Update: Nasrin Sotoudeh has been sentenced to to 33 years in prison and 148 lashes. Amnesty International has a petition to free her - please sign if you care!
Posted by Maya M at 12:45 PM 1 comment: 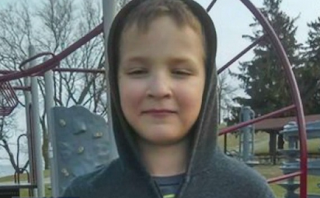 In April last year, 7-year-old Ethan Hauschultz from Manitowoc (Wisconsin) was killed. His photo above has been provided by his mother Andrea Everett. Because of alleged neglect and abuse, Ethan and his three siblings were taken from her by the authorities and put under the guardianship of their grand-uncle Timothy Hauschultz and his wife Tina. These two individuals, together with their 15-yr-old son Damian, are now charged for his death. 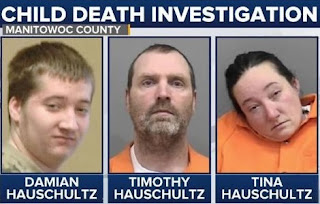 Timothy required the children to memorize verses from the Bible and, when not satisfied, punished them by forcing them to carry around for hours logs heavier than 20 kg. On the fateful day, Timothy went out and ordered his son Damian (then 14) to oversee Ethan's punishment. Because the 7-yr-old kept dropping the log, Damian "hit and kicked the younger boy 100 times, rolled the heavy log over his chest and stood on his head and body while Ethan was face-down in a puddle. He then allegedly buried him in "his own little coffin of snow"" (Damian's words to the investigators; he laughed). When Timothy returned and found little Ethan lifeless, he rushed him to a hospital but it was too late: Ethan died from "hypothermia and blunt force injuries to his head, chest and abdomen".

It is not easy to find this case in the news without explicit searching - it is buried, like Ethan himself. It should be front-page news and send shock waves all across the Christian world. And also in child protection services, who rip children from allegedly unfit parents just to place them under the care of monsters who kill them. In another US case from last year (the Hart case), two crazy women killed their six adopted children in a murder-suicide after starving and otherwise abusing them for years.
Posted by Maya M at 2:23 PM No comments: 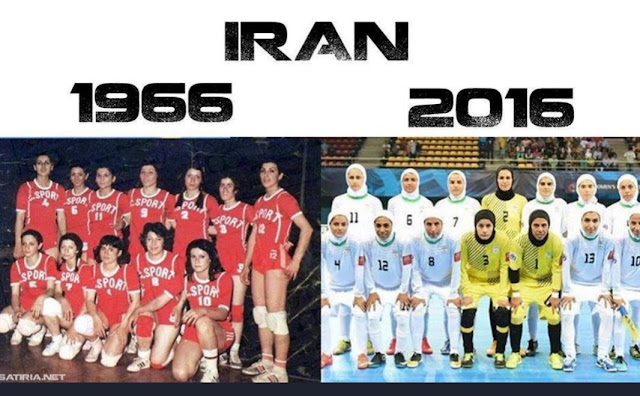 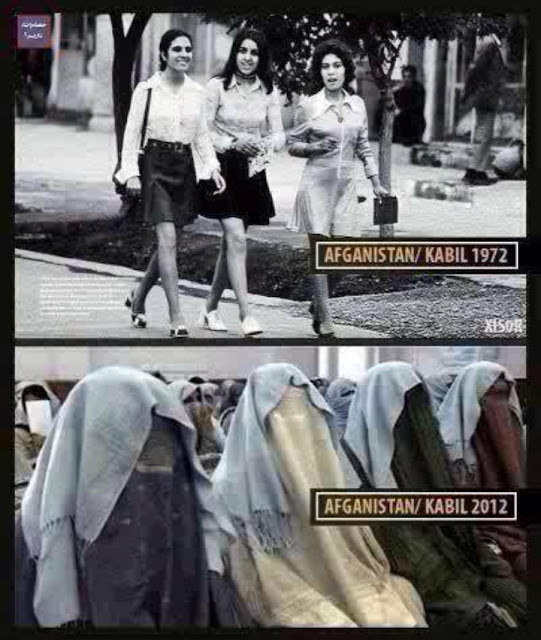 Ex-Muslims of North America have declared today, Feb. 1, as No Hijab Day, to support the right of women to not wear the hijab (Islamic headscarf). The two sets of photos above speak for themselves. Both are from the Twitter feed of Roxy, hattip Prof. Coyne. I hope that the women shown (in the bottom photo, not actually shown) will eventually enjoy the freedom to express themselves and to feel the wind in their hair.