Burgas, the city that was attacked 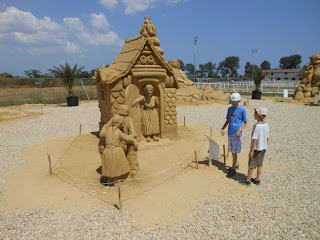 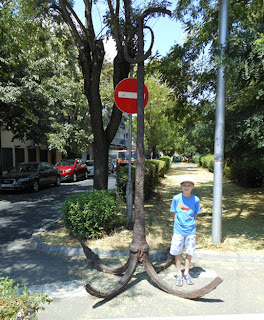 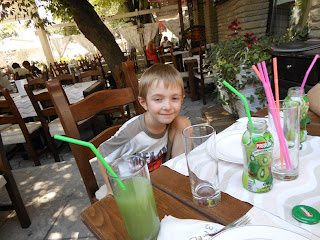 On July 29, eleven days after the Burgas bus bombing, we briefly stopped in this city on our way to the smaller resort town of Primorsko.
I am uploading three photos so that you get some impression of Burgas. They show, respectively, a figure from the Burgas 2012 Sand Festival (an exposition in the city park), an old anchor now used as street decoration, and a restaurant.
I hope you get the impression of peace. What makes some people so eager to destroy peace, happiness and life? Today is the 11th anniversary of the Sept. 11, 2001 attacks, and I still haven't a good answer to this question. I'll update this post at some later moment to tell more about Burgas.
﻿