Aqsa Parvez, the latest teen victim of "honour" murder in the West 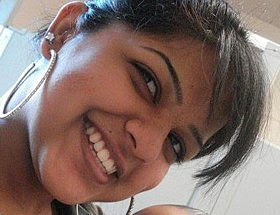 I'm writing from Canada. And I want to thank you for your insightful analysis of this story. The Canadian media has, by and large, fallen into dhimminitude on many cultural levels.

Thank you! I am glad that a Canadian reader approves my post. I know several Bulgarians who have emigrated to Canada. They all say it is their dream country and their children are happy to grow in it. I can see in Aqsa's smile that her life in Canada had also been happy; unfortunately, it was too short.

before pointing what's going wrong in the western world, you might be aware of your mafia crimes organisations and of your great corruption :

now I would appreciate you forget a little bit France, cause it shows more of your anger frustration ; in case, you can't, please try to find some recent sources and not going back into the earlier nineties ; If I had time to waste, and make researches on Bulgaria from these times, I surely would have a deap concern on your moral standards

The URL is truncated on my screen. Anyway, if it's in French, I couldn't understand much of it.
If you had read more of this blog, you would know that I am regularly writing about corruption, crime and other problems in Bulgaria.
Any person, from any country, has the right to write about problems in another country, including France. And these accusations cannot be dismissed with irrelevant contra-accusation against the writer's country. In some countries of the former Soviet block, this approach is called "Why are you beating the Negroes?" because this was how during the Socialist era our officials rebutted every criticism of Socialist human rights abuses coming from the USA.
But I do not criticize France a bit in this post. Your impression that I do is just the latest proof of your inability to perceive reality. Show my text to any third person and let him tell whether my narrative about Nazmiye and Sohane accuses anybody in France, except their murderers! I do not know how their cases were handled by French institutions and media and I have no reason to suspect that there was something wrong in the handling, as now in Canada.
Do you think I have also "anger and frustration" about Denmark? I have a soft spot for Denmark. On my Favourite Sites page, there is a single image and it is a Danish flag.
In the 1990s, I had the opportunity to read Time magazine. Nazmiye was mentioned briefly on the Milestones page. Her beautiful, vibrant image from the photo haunted me for some time. Now, as I searched the Web for Nazmiye, I found also Sohane.
The murder of Sonay was mentioned (again in just several lines) in a Bulgarian newspaper. I remember that I discussed the case with my mother and we both wordered why that bastard, Sonay's father, came to Denmark after it was so important for him to raise his daughter as an obedient Muslim girl. Why didn't he remain in Iraq to enjoy life under Saddam? But he wanted the Danish freedom and prosperity. Well, you cannot have it both ways.