In northern Bulgaria, there is a village named Kamenovo, close to the city of Razgrad. 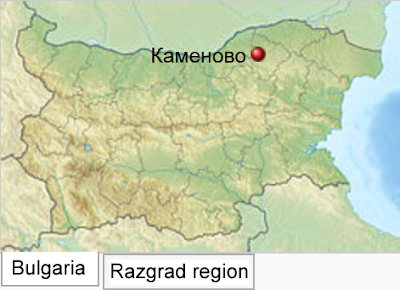 (The map is from Bulgarian Wikipedia. I changed the bottom inscription to Latin, but kept Kamenovo with the original Cyrillic, because it is too difficult to change.)

It has been known for some time that stone tools found across the entire Bulgarian territory, and even beyond it in the southern Balkans, originate from the rocks in the vicinity of that village.

Now, archeologists claim to have found the prehistoric workshop for stone tools. 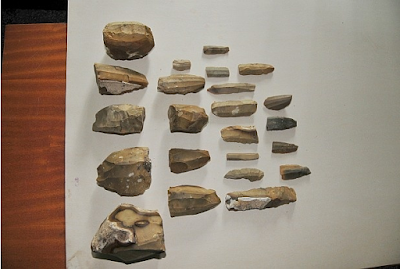 (The photo is copied from a DarikNews report, in Bulgarian, which is also the basic source for this post.)

The large-scale production of flint tools is thought to have started in early Chalcolithic age, about 4,800 BC. Between 4,500 and 4,200 BC, it expanded and supplied much of the Balkan Peninsula with tools. So we have large-scale production, division of labor, long-distance transportation and trade - a civilization, I'd say, if a fairly primitive one.

If you ask a young-Earth creationist about this time period, he will reply that the Universe did not yet exist!

To me, one of the strangest details in the story is the name of the village. "Kamenovo" means "Village of the stone(s)". Well, I guess that residents of the place in later ages have also found some use of the high-quality stone. Though I cannot find in the Web any reports of modern quarries, this is a more logical explanation than to suggest preservation of the name through more than 6 millenia and several languages.
Posted by Maya M at 1:14 PM