Reactions to the death of Ahmed Merabet 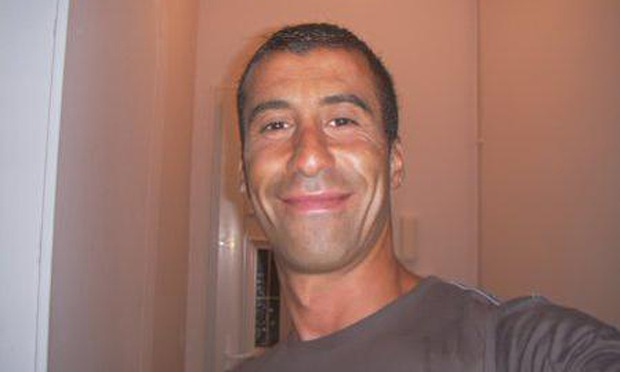 Ahmed Merabet (42) was a French policeman killed in the Jan. 7 Islamist attack in Paris against the satirical paper Charlie Hebdo. He was patrolling the area and confronted the terrorists as they were leaving the crime scene. He tried to prevent their escape, but was outnumbered and outgunned. As he was lying on the ground, injured and no longer a danger to them, they taunted him and then finished him in cold blood.

Two other police officers were among the victims: Franck Brinsolaro (49), who was assigned to guard Charlie Hebdo after earlier threats and a firebombing, and Clarissa Jean-Philippe (27), a new recruit only 2 weeks into the job who was directing traffic. (I have not found any explanation why the young policewoman was shot; I guess, the terrorists were happy to shoot any police officer on the way, or she had seen something that they didn't want to be seen.) However, Ahmed Merabet attracted far more attention than his two colleagues, because his final moment were caught in a chilling video that became known to the whole world.

A US policeman blogger wrote about Officer Merabet's death: "I am furious, because I just watched a brother die.  He was a man I’ve never met, living in a country I’ve never seen, speaking a language I have never spoken, but he was a brother none the less.  He stood on the front line, the one cloaked in blue, and gave his life in defense of others.  He was killed because he represented that which is good... He was murdered, executed really, because he represented qualities that the enemy cannot understand.  Qualities like civility, mercy, equality, and order.  He possessed a depth of character that showed bravery, courage, and selflessness.  He represented all the enemy hates about Western society.  He stood a symbol of democratic freedom, an enforcer of laws chosen by the men and women that those laws govern."

Ahmed Merabet also stands out as the only Muslim victim of the massacre. Indeed, Mustapha Ourrad, copy editor of Charlie Hebdo, was also of Algerian descent, but he was an atheist. Moreover, Ahmed Merabet was not a randomly killed bystander like Mustafa Kyosov. As his colleague said, "He was on foot, and came nose-to-nose with the terrorists. He pulled out his weapon. It was his job, it was his duty." Many French Muslims, while unwilling to assume the popular Je suis Charlie ("I am Charlie"), took for themselves Je suis Ahmed and reminded, in a language similar to Voltaire's, the need to defend other people's freedom of speech at any cost, no matter how much one dislikes this speech. Some used both expressions.

The faith of Ahmed Merabet was attested by his brother Malek, who said: "“It’s not two terrorists, two madmen who are going to represent all Muslims. We have nothing to do with that. My brother was Muslim - he was killed by false Muslims." I have only deep sympathy to him. No only has he lost a brother but this loss is rooted in his religion, and he is now trying to reconcile two allegiances that are conflicting yet both are integral for his personality. I have, however, no sympathy to those who are using Ahmed Merabet's heroic death in order to whitewash Islam, without having lost any loved ones in the carnage. The nearest example is the same MSNBC article from where I copied Malek Merabet's words. There, the terrorists are described as "a group of violent lunatics" and are juxtaposed to "roughly 1.5 billion people – about a fifth of the world’s population" (i.e. the total number of Muslims).

A popular Bulgarian blogger wrote in a post titled I am Ahmed: "We are screaming how the Kouachi brothers killed 12 Christians (actually, 11 Christians and a Muslim) but we do not care that in the same day, other Islamic terrorists killed more than 40 Muslims in Yemen. We are screaming how the Islamic State has killed dozens of Christians but we do not care that it has killed tens of thousands of Muslims... There are many other similar examples. However, for those who are able to think, this is enough to show that those who suffer most from the Islamic terrorists are not Christians, Jews or freethinkers. Those who suffer most from them are the ordinary, nice, good Muslims."

You can mention that, similarly to most apologists of Islam, the author has failed to mention the "Jews and freethinkers" among the Charlie Hebdo victims. And he apparently thinks the deaths and sufferings of Muslim victims of Islam provide a bizarre justification of this religion/ideology. A commenter exposed his faulty "logic" by a simple analogy: "Communism has also killed myriads of its own people; this does not mean that there is such a thing as "good communism"."

Another example is the left-leaning Vox with its page Ahmed Merabet's eulogy is the most important thing you'll read on Charlie Hebdo. I wonder whether the author of this text is at least vaguely aware that, in any human society valuing human life and respecting death, it is not a small thing to grade bereaved people according to how they react. The Vox actually hints that those like Malek Merabet, who doesn't blame Islam, are good folks grieving the right way, while others like Jeanette Bougrab, who does blame Islam, are presumably bad folks grieving the wrong way. But I digress. Let's copy the entire translation of Malek's speech and see what he has to tell us:

My brother was French, Algerian, and of the Muslim religion. He was very proud of the name Ahmed Merabet, proud to represent the French police, and to defend the values of the [French] Republic: liberty, equality and fraternity.

Through his determination, he had just received his judicial police diploma and was shortly due to leave for work in the field. His colleagues describe him as a man of action who was passionate about his job.

Ahmed, a man of commitment, had the will to take care of his mother and his relatives following the death of his father 20 years ago. A pillar of the family, his responsibilities did not prevent him from being a caring son, a teasing brother, a generous uncle, and a loving companion.

Devastated by this barbaric act, we associate ourselves with the pain of the families of the victims.

I address myself now to all the racists, Islamophobes, and anti-Semites:

One must not confuse extremists with Muslims. Madness has neither color nor religion. I want to make another point: stop painting everybody with the same brush, stop burning mosques or synagogues. You are attacking people. It won't bring back our dead, and it won't appease our families.

Please pay attention that Malek Merabet appealed to "Islamophobes and anti-Semites" to "stop burning mosques or synagoges". He appealed to the non-Muslim French majority not to engage in a backlash and to attack randomly innocent Muslims. At the same time, however, he appealed to the "anti-Semites" to "stop burning synagoges". To whom is this addressed? It cannot be addressed to anyone else than his own people, the French Muslims, some of whom are prone to violent anti-Semitism. So, Malek Merabet isn't such an apologist of Islam as the Western useful idiots are and as they try to present him. He just says what has to be said, much like his brother did what had to be done.

So I wish people to stop abusing the memory of Ahmed Merabet.
Posted by Maya M at 2:45 PM